Granbury offers something for everyone. Granbury has great shopping, romantic bed and breakfasts and rustic lake cabins, intimate restaurants and water sports and fishing on Lake Granbury. Granbury, Texas is a resort community where you can really relax and enjoy life. Granbury has it all!

Granbury's current three story courthouse was built In 1890 of Brazos limestone. It has a lighted clock tower.


Granbury is the county seat for Hood County. It is located on the shore of Lake Granbury, just 35 miles southwest of Fort Worth. The town was named for General Hiram Bronson Granbury who led Confederate troops from this general area into battle during the Civil War. 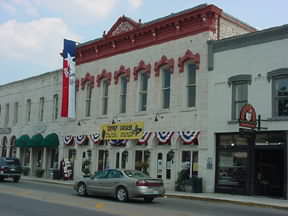 
The Granbury Opera House which is listed on the registry, still hosts Broadway productions as the Texas Star Theatre. Built in 1886, the Opera House was restored and reopened its doors to professional, live theater in 1975.

Other Attractions in the Granbury Area: 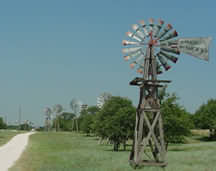 The Windmill Farm - Near Tolar
Located 7 miles from Granbury near Tolar on Hwy 377. See antique windmills of all kinds. Some windmills are always in operation and new ones are being added. Well worth the trip!

Fossil Rim Wildlife Park - Near Glen Rose
In a sanctuary of 1500 senic acres where over 800 exotic animals roam free.

The Jail and Hood County Historical Museum
Old Western jail built in 1885, and operated through 1978. Complete with an original cell block and hanging tower.

Comanche Peak Information Center - Glen Rose
Learn about the generation of electricity using the atom at the first nuclear plant in Texas.

Lake Houses, Cabins For Rent
and RV Spaces are needed.